Getting to Bwindi Impenetrable National Park 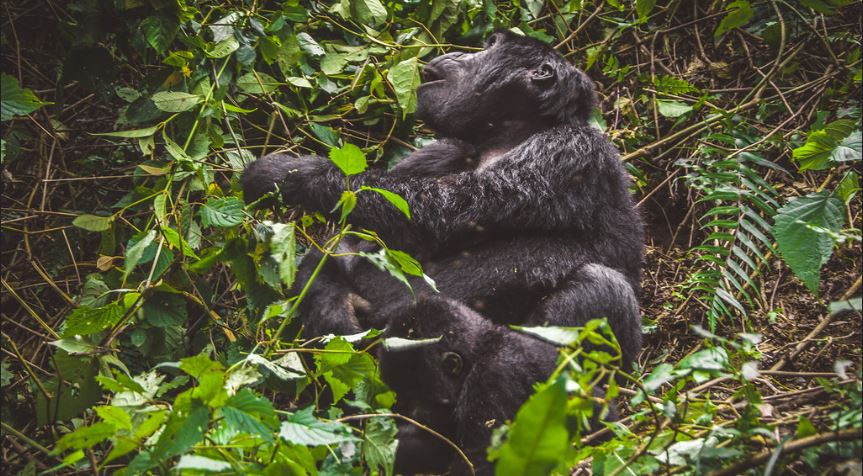 Primarily u need error free authentic documents that is passport and tickets which are purchased at different airlines for foreigners to access Uganda and also a gorilla trekking permit for any tourist interested in gorilla trekking to enter into Bwindi impenetrable national park.

You can get to Bwindi impenetrable national park by both air and road.

By Air: Air transport is the easiest and quickest way of getting to Bwindi Impenetrable National Park. Entebbe international airport is the main gateway in Uganda and it’s a 54 minutes’ drive of 45.4 km from Kampala. By air a tourist can fly from kajjansi airfield to Kisoro airstrip that is Nyakabande. It’s the best choice for tourist intending to do gorilla trekking in bwindi forests regions of Nkuringo, Nshongi and Mishaya (southern region). For tourists trekking in the northern regions kayonza and kihihi are the best airstrips to fly which lasts 1 hr and 30 minutes.

Fly Uganda launched flights for getting to Bwindi impenetrable national park (Kisoro and kihihi) on 2nd November 2018 with 3 flights a week that is Monday, Wednesday and Friday. Flights depart from kajjansi at 08h00 and arrive in Kisoro / kihihi at 09h30. Return flights by fly Uganda depart kihihi at 10h00 and arrive at kajjansi at 11h30. Flight tickets cost USD 236 and it is advisable for a traveler to book their flight 2 days prior to their travelling day.

Getting to Bwindi impenetrable national park by road is very rewarding as you get to see several attractions like climbing lions, monkeys, baboons as you pass ishasha section via Queen Elizabeth national park. The most used route by tourists is the 390 km Kampala via Rukungiri to Buhoma road yet other routes include;

Four wheel drive cars are the most suitable option when getting to Bwindi impenetrable national park because it always does rain and all routes become slippery as most of them are marram. Travelling to Bwindi from Kampala includes a stopover at the equator in Kayabwe which has craft shops around it.

The Ishasha road is sometimes in poor conditions especially in rainy season as some bridges seem to break done due to heavy tracks which go to democratic republic of Congo.