Kabaka’s lake is a unique fascinating man-made lake located in rubaga division of Kampala city the capital city of Uganda, the lake is situated in Ndeeba between the ring road and Nabunga road. Kabaka’s lake is one of the two surviving man-made lakes in Africa and it is the largest excavated lake in the whole of Africa. Kabaka’s lake covers an area of 2 kilometers with a depth of 200 feet deep, the lake is adjacent to pope pail community centre in Rubaga, few meters from Bulage and approximately 5 kilometers from Kampala. 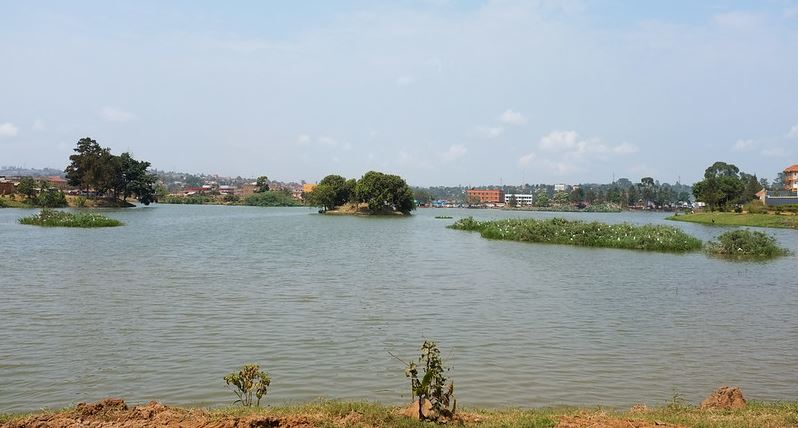 Kabaka’s lake is a very prominent and top tourist attraction in Kampala as many tourist on Kampala city tour cannot miss visiting it, the great love and eagerness to visit this lake is based on its beautiful scenic view, its historical and cultural background which is interesting to hear. Kabaka’s lake has a strong relationship with Kabaka Mwanga’s palace in lubiri, when kabaka Mwanga built his first palace it unfortunately caught fire forcing him to leave. As he left he stayed with the French missionaries in Nalukolongo, from Nalukolongo he went to his palace in Munyonyo which was built by his father Mutesa. It said that Mwanga did not like his Munyonyo palace, he return to Lubiri palace and on his return he ordered for the construction of Twekobe. He didn’t really abandon Munyonyo palace as he would occasionally visit it, the distance in between was hectic which made device a way of easing the means of transport by ordering for the construction of a channel.

Kabaka’s lake is a brain child of kabaka Mwanga and it is referred to as the only positive legacy of Mwanga as a king (kabaka of Buganda kingdom), Ssekabaka Daniel Basammula Butagali Mwanga II who ruled Buganda kingdom “one of the powerful kingdoms at that time” from 1884 to 1897 is mostly remembered for his demonic acts of killing the Uganda martyrs for refusing to denounce their new Christianity religion. Though being of the most remarkable ruthless leaders of all times, he is still remembered as the man who championed the creation of the kabaka’s lake the largest man-made lake in Africa and will forever be his achievement. 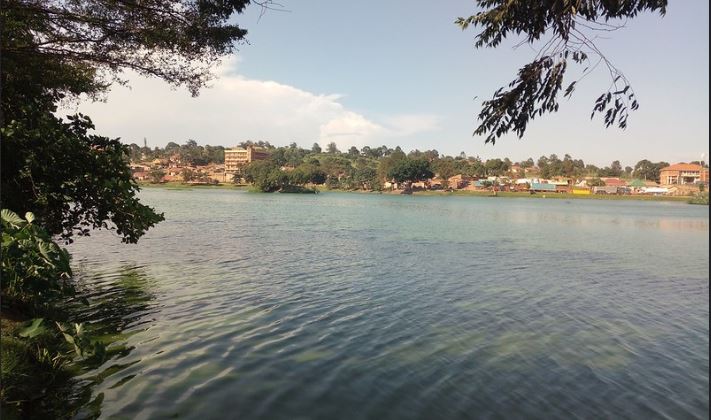 Kabaka’s lake was under the orders of Ssekabaka Mwanga who was fond of swimming and fishing, because his palace in Lubiri had no water body around it he had to transfer to his palace in mulungu hill on Lake Victoria for a swim and fishing games which was tiring. As a way of solving this, he ordered for the construction of a channel wide enough for him to travel to Lake Victoria for his hobbies, he envisioned that this channel will also serve as an escape waterway route in times of an armed conflict with the British. Kabaka Mwanga summoned all his subjects ordering them to dig up a channel starting from lubiri since it had good springs, as per his orders the lake was constructed to Najjanankumbi, Luwafu to makindye.

The process of building the lake was first supervised by a one Musoke but due to his laziness, kamya Ndikumulaga was a pointed the new supervisor. Kamya was very hard working as he mobilized people from different parishes of Buganda kingdom, Mwanga himself also took part in the digging of the lake as an example to the parish chiefs and princesses who had exempted themselves from the activity who later joined in. by a period of 11 months of the continuous digging the channel had reached to Najjanankumbi, unfortunately the construction was abruptly disrupted and stopped on 2nd august 188 when areligious war broke out as the Christians revolted and began opposing his orders.

Visit kabaka’s lake and encounter the one and only largest man-made lake in Africa which is filled with culture and history.