Rushaga sector is one of the gorilla sectors making up Bwindi Impenetrable national park where gorilla trekking takes place. Rushaga is the most popular sector found in the southern region of the park harboring the highest number of mountain gorillas and the most visited sector by tourists connecting to Bwindi impenetrable national park from Rwanda (Kigali) using Cyanika border in Kisoro district and can be accessed using road from Kigali (a 3 hours’ drive) or by air, using a charter flight to Kisoro airport where you connect to the Rushaga Sector. 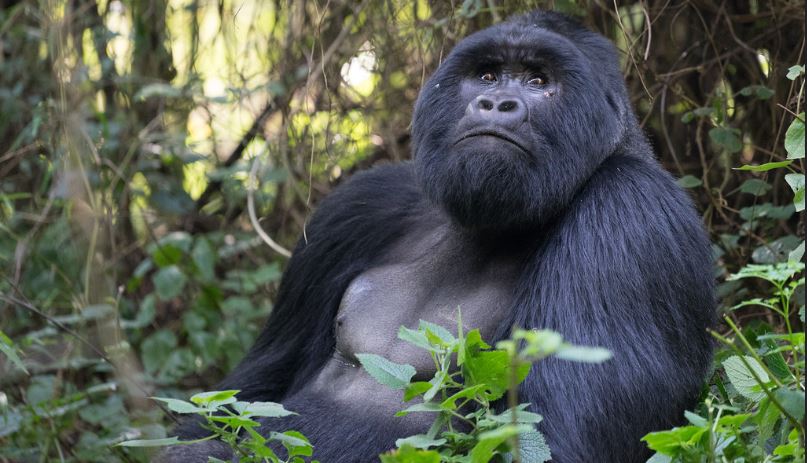 This sector is situated in the district of Kisoro lying between Kibale National Park and Nkurigo regions. The sector is mainly dominated by hills which makes mountain gorillas to keep on dividing and finding homes on these hills. Trekking in Rushaga is the most exciting, thrilling activity and offers tourists value for their money since the experience is filled with nature sights from the thick vegetation, beautiful scenic view of the Virunga volcanoes ranges that is Virunga, Gahinga, Muhabura, Karisimbi, Mgahinga, and Sabinyo and the deepest crater lake in Uganda, Lake Bunyonyi.

Rushaga sector is the best destination for gorilla trekking since it is the only sector with habituated mountain gorillas (mountain gorillas are trained to be comfortable with people) an currently there are two habituated families in the names of Bushaho, Bikyingi and also the sector has many mountain gorilla groups which provide a tourist with many options to choose from.

Rushanga sector of Bwindi impenetrable national park has many gorilla families ready for trekking which include.

Nshongi gorilla family: this is the largest and oldest group with many habituated gorilla families in Bwindi impenetrable forest. Before splits, this group consisted of 36 members under the leadership of Nshongi a silverback. This group stayed peacefully with no struggle not until many splits happened to Nshongi group for example in 2010 the Nshongi group broke away from the group to form Nshongi gorilla group leaving only 26 members in the group, in 2013 another group broke off to form Bweza group leaving the group with 18 members only. Today the group consists of 25 mountain gorillas with one dominant silverback that is Nshongi their leader, two sub sliver backs, three black backs, six adult females, six juveniles and three infants. This group is extraordinary since it has four silverbacks and there is no sign of power struggles and its only peace. Nshongi gorilla group derives its name from river Nshongi where mountain gorillas were first found. This mountain gorilla group is situated in a large forested area and while trekking in this group tourists have a chance of viewing birds, butterflies and other primates like monkeys as they play on the trees of the thick forest

The Mishaya gorilla group: Mishaya gorilla group is a group of 7 members under the leadership of a silverback in the names of Mishaya. The Mishaya group broke away from the large Nshongi group in 2010 because of the conflict between the silverbacks. Mishaya the silverback broke away from the group and immigrated with female silverbacks, under Mishaya leadership the famous silverback for fighting the group’s number of gorillas has increased to 12 members including 3 infants. In 2015 this group was left with 7 members due to continuous conflicts and fights.

Busingye gorilla group: the Busingye gorilla group is also part of the Rushaga sector which derives its name from a local word meaning peace. The group broke away from the Kahungye gorilla group in 2012 consisting of 9 individuals including one silverback, 3 infants, two adults, and many young ones. The group is led by a silverback who enjoys showcasing his power and ability by taking female gorilla gorillas from any wild group and adds them to his group. Tickets for trekking this group are sold at the Uganda wildlife offices in Rushaga.

Bweza gorilla group: Bweza group is the most exciting gorilla group of twelve mountain gorillas headed by one silverback in the names of Kakono, this group did split from the great Nshongi gorilla family and currently it has 2 silverbacks, 4 black backs, 3 adult females, 1 sub-adult and two infants.

Nkuringo gorilla group: the Nkuringo gorilla group is the toughest group to trek since it found on a rugged tough terrain only habituated gorilla group comprising of 12 mountain gorillas, it is a thrilling expedition. The Nkuringo group is led by Rafiki a dominant silverback with 12 individuals that are 2 silverbacks, 1 black back, 2 adult females, 2 sub-adults, 3 juveniles, and two infants. The thrill of gorilla trekking in this sector is exceptional as it makes you forget how tiresome it is, for example, there is a 94-year-old lady who is assumed to be vulnerable participated in the trekking in 2013 and completed it though on returning she was carried on the stretcher by porters through the forest.

Rushanga sector of Bwindi impenetrable forest national park also offers gorilla habituation experience in the Bikigi and Bushaho gorilla families which take four hours exploring the big fur-covered creatures, these habituated mountain gorillas were trained to be comfortable with the human presence at close distance and a permit for habituation experience costs US D 1500.